How To Install Windows On MAC OS X

For installation of windows on MAC, you’ll have two different methods. First by using default MAC’s Boot Camp or By using Virtual tools with third party applications. There is a slight difference between both of the methods that you can run simultaneously two of the operating system in a Virtual application, but your system’s speed gets low and in Boot Camp you have to restart every time to change the operating system you want to work with.

One thing to remember before getting further, you’ll need to repartition you Hard derive for Windows installation but its faster than Virtual tools you wish to use for installation. For officials Click Here

What You’ll Need For Install Windows On MAC

STEP 5 : Now point your MAC at the ISO files and second USB flash drive and select it.

STEP 6 : This step take a few minute for copying windows files, as your Mac creates the Windows installer drive it will need.

STEP 6 : After your MAC finishes creating a USB installation drive you’ll see the partition screen. Now you can divide your system drive into two separate partitions.

STEP 8: Select the partition labeled BOOT CAMP when you reach ” where you want to install WIndows ?. Click format option to format the partition as NTFS and then click continue.

Hop you find what are you looking for, if not. Then comment down below your query and we’ll get back to you in no time. Till then Happy surfing 🙂

Windows 10 Latest Preview | Link an Android Phone To a PC 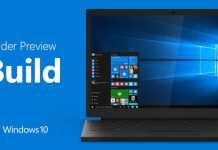 Gadget Gyani - June 1, 2020 0
It doesn’t matter whether a birthday is coming up for the guy in your life or whether you fancy experimenting in the...